If you have recently been in your computer program files (x86), you probably come across a folder name ‘VulkanRT.’ Some people think it is spyware, a virus, or spam, which is not true at all. It is not a virus, malicious file, spam, and neither harmful in any way. It is an appropriate software, which is installed by video card manufacturers, and it is a useful file program. Here, we will talk about what is it? What are its features? What are the purpose and use? Is it safe or not? And what will happen if we remove it?

What is VulkanRT Runtime Libraries?

VulkanRT Runtime Libraries is cross-platform, which has the ability to operate multiple operating system software, such as Windows, Android, Linux, etc. It is used for enhancing the activity of 3D programs running on a Windows computer.

It comes installed as a part of graphic drivers to assist strike a balance between a CPU and GPU computation usage. It helps in reducing CPU usage, to prevent a computer from shutting down during intensive tasks. The file ensures that in a multi-core CPU, the workload is distributed evenly, to avoid a single core from performing all the work.

The function can be compared with other applications, including Direct3D and Mantle. It helps to render graphics in a straightforward way and enables efficient multi-threading in the Central Processing Unit. This software file comes with the graphics driver for a dedicated GPU.

Yes, it is safe and useful. As we stated above, it is not a virus, malicious file, or spyware. This software file comes bundled with NVIDIA and AMD graphic card drivers and represents that it has a purpose. Actually, it is more alarming not to use VulkanRT. It is a legitimate and useful program file, and you shouldn’t try to uninstall it.

Now that we have an idea about what is it and what are its functions, we will discuss why it is necessary for us to have it on our system;

Enhanced Graphics Processing Unit Performance: Applications that are optimized for it works much faster and better by using its API. For instance, Doom works really great when transferred to this runtime, and comparing with DirectX, mainly for those on an AMD GPU. With AMD GPUs, moving to VulkanRT will give better graphics performance than utilizing DirectX API.

Lowers the CPU work Load: Though this can also be obtained by using DirectX 12API, this is limited only to PCs having Windows 10, on the other hand, is supported and available on multiple operating systems in the market and has an ability to make things a whole lot easier.

The process divides the workload instead of having one core to do the work makes a CPU more efficient and performing its tasks.

Unified Kernel and Graphics Management: The VulkanRT offers centralized management of computing kernels along with graphics shaders. This helps to prevent the need to have a separate compute API and other API for graphics. 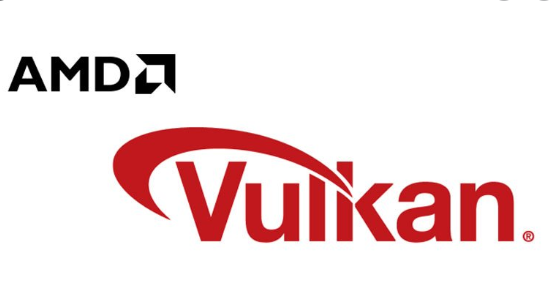 VulkanRT has several features, and some of them are stated below;

How to Find Vulkan Runtime Libraries on a Computer? 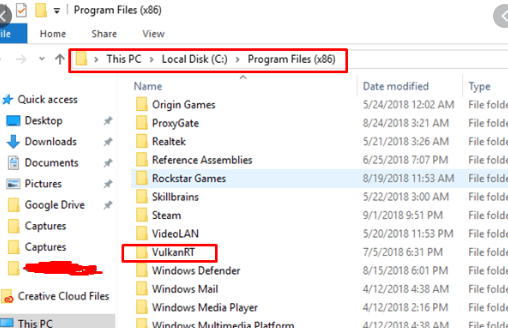 If you are curious about knowing whether the application is installed in your system or not, there are two way to find it;

How Did it Get Installed?

If you have installed new graphics card drivers for your AMD or NVIDIA graphics cards, if you have upgraded to a more original graphics card, or if you have downloaded a new game, then the software tool is likely to get installed when you have updated your drivers. Also, multiple games use VulkanRT, and there are a particular type of games that require Vulkan Runtime Libraries in order to play them.

So if VulkanRT has appeared on your system, it is likely because it came with something new that you have added.

Below are a few reasons why you should uninstall it from your computer;

What Will Happen if we Uninstall It? 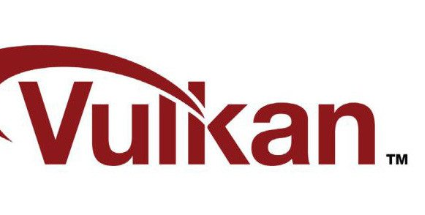 As we mentioned earlier in this article that it comes with bundled with games, drivers, and software and is installed by default on Windows operating systems for a reason. At first, when you remove it, you might not notice anything until when you start playing a game or run a video editing software on your computer. Below are some problems you might come across when you uninstall it from your computer;

If you still want to remove it from your computer, below are two ways that can be used;

How to Uninstall it Using Safe Mode with Networking? 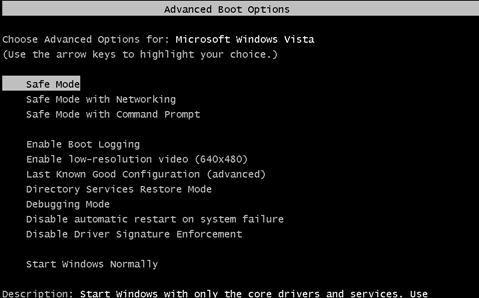 Below are the steps to remove VulkanRT by safe mode networking;

If your system has Windows 7, XP, or Vista, follow the below method;

Once your system comes on, press the F8 key multiple times until you see an Advanced Boot Options screen.

If your system has Windows 8, 10, follow the below method;

Now its time to uninstall the Vulkan Runtime Libraries. Login to the account that has been infected start the browser download a good anti-spyware program and update it. 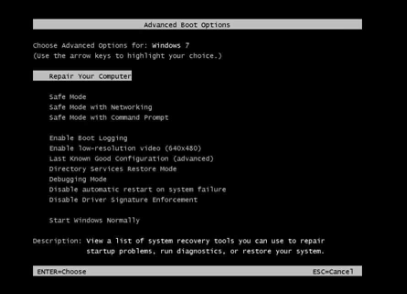 Below are the steps to remove VulkanRT by Safe System Restore;

If your system has Windows 7, XP, or Vista, follow the below method;

Once your system comes on, press the F8 key multiple times until you see an Advanced Boot Options screen.

If your system has Windows 8, 10, follow the below method;

Once you are able to restore your system to the previous date, run a full system scan. Vulkan Runtime will be uninstalled successfully.

Vulkan Runtime Libraries is a pre-packed software that some people think is some kind of virus or spam file, and that’s not true. It is a useful file that comes along with graphics card drivers. It is a cross-platform API aiming to enhance the performance of 3D apps that include games and other interactive media. The software file offers a balance between a Central Processing Unit and a Graphics Processing Unit. The Khronos Group designed it in 2014, and the group announced it in 2015 at Game Developers Conference.

If you already did remove the software and want to re-install it again, you can have it by re-installing graphics drivers again and update them to their latest versions. This process should install the VulkanRT back to your system again.

Below are some questions that are asked most by multiple users;

Q: Is VulkanRT is a virus?

Ans: No, It is not a virus, spyware, or spam. It doesn’t harm your system in any way. It is a useful tool that creates a balance between a GPU and CPU to enhance its functionality.

Q: VulkanRT should I remove it?

Ans: In a nutshell, the answer is NO. Unlike what some sites claim on the Internet that Vulkan Runtime Libraries is spyware, this is not true. This software tool comes bundled with NVIDIA, and AMD graphics card drivers, as well as some games, require it to play correctly.

Q: Can I uninstall VulkanRT?

Ans: Yes, you can uninstall it in two ways that include by safe mode by networking and system restore options.

Ans: If a graphics card fulfills the requirements of Doom, it likely support Vulkan, but you will need the suitable version of a GPU driver in order to take benefit.

Ans: Vulkan comes with games or driver updates and is necessary for multiple applications, and you should keep it on your system.