Virtual Reality is the use of technology that creates an environment for the human brain by stimulating its senses as much as possible. It can stimulate vision, hearing, smell, and even the feel of touch. This technology is so advanced that it makes a person feel like he is somewhere else. The user is projected with such images, audio, and location, where he starts to feel that he is there instead of where he physically is.

For the best VR apps for the iPhone, we have made some important lists of the best apps according to the VR for iPhones in detail.

The Google Cardboard includes five VR experiences, and it tells you how do you use the Cardboard headset correctly. It is a great VR app that gives you the best experience with a phone and shows you what these apps can deliver to a person. 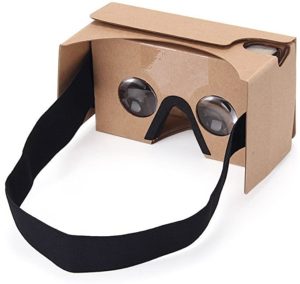 In this app, the Explorer enables you to search and discover the virtual places, whereas Exhibit, Urban hike, Arctic journey, kaleidoscope-like functions can make you experience different things such as looking around a virtual museum or a walkthrough of various cities of the world or you can relax under Northern Lights.

In this Google Street View VR app, there is a dedicated Street View map with a Cardboard Mode that enables you to experience a lot of Photo Spheres in the virtual reality. You will feel like Google Street View, you are a guy who is traveling here and there wandering in the streets, but in reality, you are just sitting at your home.

Due to this vast and advanced VR gear and VR app, you can get your VR headset to feel like you are traveling through the Eifel tower, or you are seeing any other city that you fancy a lot in your dreams. It is a great app for seeing any place or location, and the greatest thing about the app is your view is set to be 360 degrees. This means that you can look at all sides of your place in all the directions. But you should also keep in mind that this is just an app, like the rest of the Street View apps, in which the imagery isn’t live, so you are just projecting images in your brain through the stimulation of your VR with this app.

It is a VR app for iPhone 5 or the greater versions after that, and it is specifically designed for the Google Cardboard. It is considered to be an All-in-one VR platform: because it can load a lot of videos like YouTube vr, and it also gives a 360 view for an extreme experience of it. Most of the content is uploaded by the users, and it is available for sharing and interacting with each other through a huge library of video collection of any categories possible to make your experience much better like you are diving off into the water or enjoying a roller coaster experience or jumping from an airplane, its all there and its in one piece of VR app. 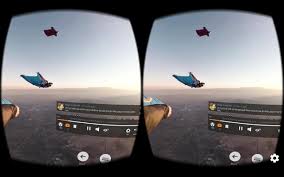 Even if you don’t know or feel like you have no idea what to watch, you will have a bundle of videos to go through that will make your experience beautiful and loving, and it will draw multiple resources to your use, and you will utilize the VR content from it. It has a VR video player where you can watch your own videos and pretend like they are being shown in a theater. The same feature is also available for your library and browsing the internet.

The Discovery VR app is an amazing app with a nice design, good quality videos, and a good selection of the content. You can experience the wildlife of mammals and just like a life we used to see on the television from jungle video clips or such natural video scenes and places that you always wanted to visit. This app is officially owned by the Discovery channel, and it also gives you an offline mode where you have a library of collection of videos for your experience in the discovery of life. 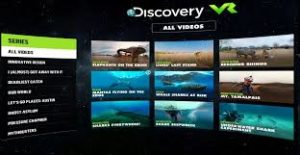 The good thing about this VR app is that It is available for all of the Android and iOS devices that are running on Android 4.0 or above and iOS 7 or above. Discovery VR also offers a range of videos in different environmental conditions that allows the users to explore hard and further on to reach a certain place. But you need to remember that this is just an early version of this app with all these loads of features, let’s hope for some new features and more content to be there for entertainment for the users in the upcoming versions of this Discovery VR app. It does have lots of content and variety of a VR app, but you cannot watch all of the content by the discovery, unfortunately.

This VR app is a great contribution to the iPhone collection among all the other rollercoaster apps because it doesn’t interrupt the user with any ads or any such disturbance between your travel like the apps that were created before this one. VR Roller Coaster is based in a randomly generated vast city so the experience may be different every time you use this app, you will find a new place or new ride location. The rollercoaster offers to do everything that you can expect, such as steep climbs and the dead drops and a lot of unnecessary screaming to make more energy and thrill in your ride. 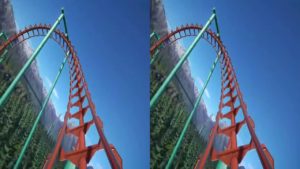 This app also does support the iPad, which is great news for people who are sitting at their homes or their kids looking for something as fun. So this VR app can give you the experience of a rollercoaster ride while you are actually sitting in your home instead of going into some kind of park for such an experience.

If you are a movie fan or you love watching videos, tv serials or movies, then this is the best VR app for you where there is a bundle of collection of movies and tv shows for your entertainment with the best VR experience like in reality. This virtual environment will give you a feeling like you are part of the movie, and you are watching everything in front of you like in real.

It is a great app overall, but there are few of the features that may not impress you like you cant download the movies or any content for playing them later in an offline mode, whereas the original Netflix app does allow this great feature. So the Netflix VR app may need some improvements and new features for its millions of customers and users.

Like other VR apps, inCell VR is also a great app that is technically you can say, a game, or a science app. The use of this app lets you into a virtual model of the human body, and you have to move as fast as you can to gain some points for yourself, but in doing so, you also learn a lot of things about the human body and science. The different components of the cells give you different info. 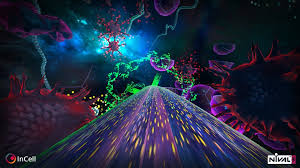 You can choose to play this game as for fun, but you will get to learn a lot from this app about the human body as well as science related to it, the app may seem sluggish at first, but you know it is a good choice when it comes to considering the best VR apps.

War of Words is a VR experience that takes you to the past history of First World War in which you have to follow the poem like story The Kiss, and the bullet indicated and takes you to different levels of the poem, and you start to feel like understanding the poem with a vivid experience in your mind. This is one of the best VR apps as it shows you another perspective of the war through the poem. We often think of the war as a disastrous match or a fight between communities or states that ruins everything, whereas there is so much else to expect out of it too. 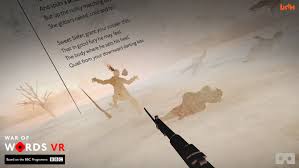 The content in it is moving and a vivid illustration of how VR can be used to highlight on familiar things. This app was produced to officially promote “War of Words – Soldier poets of The Somme,” which is a BBC documentary in which the other war poems were animated to an equally devastating effect.

News are parts of life that everyone is waiting to hear and listen to either from a newspaper or from the internet to social media news. And all the official big brands usually wonder what uses of the new technology can be put into. The NYT is an answer to that, and it is no exception.

Now you get a case of quality over quantity with high production values, superb storytelling, and a load of award-winning content. The NYT has a great set of focused places that you normally can’t go to, enabling you to experience these places by yourself, which is a very impressive feature.

You can get the chance to explore the wastes of Pluto far away, or you can go to such heavenly places. You can also get to see the history and war zone of any such historical event and experience them yourselves.

In this discussion, we discussed the best VR apps for the iPhone that you can use today. Which gives you a great experience and each of these apps has its own simulated environment in which you can experience yourself getting stimulated. It can stimulate vision, hearing, smell, and even the feel of touch. The user is projected with such images, audio, and the location where he starts to feel that he is there instead of where he physically is. We hope you get what you are looking for; we discussed the specific features and all the functionalities that these apps provide to the users for entertainment purposes. All of the data mentioned here is relevant and authentic; we hope this info is useful to you, and if there are any questions, you can leave a comment below.

1. What is the best VR shooter?

There are a lot of VR shooters to choose from, but some of the best ones are listed below.

2. What are the minimum requirements for using VR?

The minimum requirements for your virtual reality to work properly areas

3. Which one is better for VR, Intel or AMD?

In the Rift games, you can say Intel is doing much better, but it has those games that are also traditional desktop games at first, and then VR games. We can say that either the Intel i7-7700K or an AMD R7 1700 would give you a great experience in VR. It also included the choice of GPU that they both are using.