True game lovers are fond of every game that is about to be released with a new series or with a new storyline. Gamers watch and review for a lot of games throughout the years and compare which one comes as the best game with feasibility for most of the people to access that game. And in doing so, we know that everyone loves a good shooting game. The shooting games are so far one of the best games overall considering any racing games or other category games. It is why because most of these games are reality-based game composed storyline, which includes a lot of good tag lines and graphics with tons of stuff and cities or characters which become favorites of the gamers.

In this discussion, we are explaining each of the best offline shooting games that you can play even when you are not connected to an internet connection and make the best use of your available resources. So here are some of the best shooter games for you.

In our list, far cry 3 comes at the top of the list as the best offline shooting game because it gives a personal experience of reality like the person himself is inside the game. The screen only displays two hands and a wide-angle of the environment in which you have to survive as a survivor on a pirate island. The storyline is one of the best as compared to other games; the story takes you to an adventure where a group friends go on a holiday to spend their time for fun where the crash on an island by mistake which is full of pirates and the main villain operates all of those pirates which we are not sure who is he. 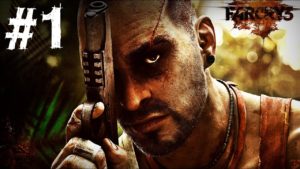 But we get interaction with a psychopath who is the right hand of the boss named Hoyt, and his name is Vaas. Vaas is one of the most vicious and aggressive characters ever shown in a game that kills the brother of our player, and the story continues as we escape from his camp. You have to take revenge from Vaas and Hoyt for what they are doing to the people of the island. In doing so, we have to create our own weapons in the jungle by killing some animals and including sharks and tiger too. After that, we can use their skin to generate something like an arrow or a gun holder bag and as such equipment to make our player a better troop to survive In the jungle.

The main character is Jason Brody, that is played by you, and you meet a lot of other friends on your quest to save your other siblings and friends from the camp of vaas. You get to fight a lot of enemies using guns and other tools, and you get the best graphics and best story content that you will never experience in other games.

It gives you thrill and warm blood to see the vaas bad role for all the other people on the island. Our character gets better time to time surviving on the island and learning almost anything that will help you on your quest to make everything easier and quicker. You get different famous guns in the game, and you can do and other hunting missions with the game in order to practice your skills to face the final showdown.

After the success of Far cry 3, the far cry is 4 is another successor of its series in which you play as Ajay Ghale, who is an American from the Tibetan state of Kyrat. Story of the game is that you are kidnapped by the biggest psychopath named Pagan Min, who is controlling all the regions, but you manage to escape its place, and your journey continues as you get to know he killed your father and forced your mother to leave Kyrat when you were a kid. 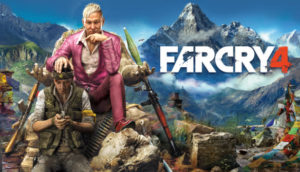 The story starts then, and you start to take down his men one by one and also start to become a big threat to him. He is preparing for you to face the consequences again and again. You don’t see him as such as face to face interaction in the whole game, but you get in contact with him over the radio.

The graphics are really great of the game that gives even the little details of the snow too. It does eat a lot of ram from your computer, and it requires a good processing GPU that will help you to prosper in the mission very easily. You may feel one thing not right about the screenplay is that the villain is in contact with you from throughout the gameplay just from a radio, there is no physical appearance until you get to meet him in person in the ending times of the story where you both make a lot of things clear after you faceoff and kill the enemy.

Project IGI is a first-person shooter game that you can play offline on your computer, and this game was initially released on December 15, 2000. It is one of the first computer games in that time to feature some of the most realistic weapons and tactical combat strategies in which you have to pursue and kill a homicidal Colonel from Russia who is trying to turn Europe into a nuclear wasteland. This game focuses on stealth and strategy with the use of the right guns and shooting. Our player is named as Jones, who has to get inside the toughest military installations in Europe, and after getting that, we have to use different tactics and skills like computer hacking or sabotaging to stop that woman from creating chaos. 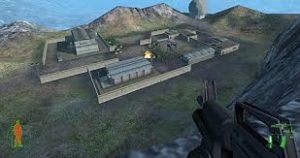 In the game story, the enemy’s Artificial Intelligence will react to all of his actions and use military tactics to track his position. To counter its surveillance, there are bunkers, tanks, and gunships, that the Jones is equipped with also with NATO spy gears and assault weapons for a more thrilling experience.

There is nothing like reality-based additions in the game, but they artificial places, and the gameplay is made really well and set up under the right hands, and its missions feature a very fine pace of balance between stealth and combat.

Call of duty series has always been on the top of the fan base and loved by critics all over the world. Call of duty Modern Warfare 2 was released 11 years ago, and it is the next sequel of its successive previous version of Modern warfare. This version turns the action into a more thrilling and exciting experience by shifting its attention from World War II to the present situation related to technology and redefining the American culture and the missions that the army took down with their strategies. Considering the gameplay, the game has a great set of graphics and performance quality with a lot of stealth and combat additions along with heavy machinery and guns improvement. 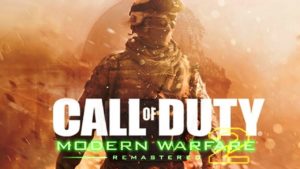 It is a great shooter game for a good experience of the gamers who love playing first-person shooter games even in the offline mode. The story never goes out of scenes from your mind the way you go on missions with your teammates, and some of your friends die in the game, and you have to do a lot of things on your own.

Another successive version of the first-person shooter series, call of duty black ops 2, takes you to the past history from the late 1980s, in which you are playing as a role of Alex Mason, and after that 25 years later you play as his son, David Mason. Your teammate is Woods, who is now turned to be old, and he is shown as the narrator on the sideline of your gameplay. You have to go after Raul Menendez, who is the villain trying to use the world’s autonomous armies against their own selves. 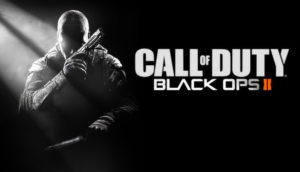 You can experience excessive shooting and tactical gameplay with different strategies of each player that you can also shift between your entire team to experience more diverse combat and shooting experience. The single-player mode goes on with the story of Alex Mason, who is your top player, and you have to use your best skills to survive until the end of the storyline.

The battlefield is one of the most loved games throughout the world after its first release, which gained attention from everywhere in the world. The best thing about this game is you can even destroy the buildings and cars, and you can see the damage and impact with the use of your bullets, rockets, machine guns, etc. it gives the player a sense of recognizable weapons and warfare that is made up from the battles of World war 2.

It adds a series of tales in different theaters of war, having an emotional and attractive arc. The graphics are really good, and the guns that are added. This shooter game is really different and unique from the other games. It is lovely yet most thrilling games that take you back in history for a good experience from the past.

The Elder Scrolls V: Skyrim, was awarded as the game of the year in 2011. It is a successive version of its previous great version Elder Scrolls saga. It is a great experience for you to play in the open-world fantasy that brings life to the virtual world and lets you explore different places On the map until you reach the end of the storyline.

You have to experience and discover new towns, dungeons, and quests for your destiny, as you travel through the ash wastes and a glacial valley of the lost lands. You have to become more powerful in this game, and you can get to train your own dragons to get through the exciting storyline of this ultimate shooting game experience. The safety of your city is in your hands as you face off against different new tactics and combat experiences through your journey. 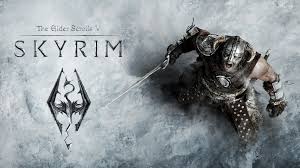 Skyrim has been on so many hearts that it has won over 200 Game of the Year Awards after it got spread worldwide. It has also been fully adapted to Virtual Reality. The game has a good set of graphics and gameplay experience for you, and you will have to build a good pc in order to experience this ultimate game.

Emphasis has been placed on improving this game’s combat, in which each hand is given a specific function, which can be magic, sword, or a shield or two separate melee weapons for combat. There are enemies like trolls, giants, dragons, also wolves, and giant spiders.

The game has five of the urban areas, and there are several dungeons to explore north of the Imperial City, from where it all starts. The other additions may also include randomly-generated quests, sprinting, and a HUD-free first-person view.

In this discussion, we have discussed the best shooting games from the twentieth century in offline mode that you can play to get the ultimate experience of gaming with combats and tactics. We hope you get what you are looking for; we discussed the specific features of all these games and what they provide to the users for entertainment purposes. All of the data mentioned here is relevant and authentic; we hope this info is useful to you, and if there are any questions, you can leave a comment below.

Which modern warfare of call of duty series is the best?