Did you ever want a Linux operating system on Windows? If yes, then you can have it in reality because of a partnership between a parent company of Ubuntu, known as Canonical and Microsoft. Recently Microsoft announced that the Bash Shell would be available for windows, and the majority of users couldn’t believe in this news, as the trend took twitter by storm trending the hashtag #BashonWindos.

This article is all about Windows 10 Bash Shell, and you will know everything you want to know about it.

What is Windows 10 Bash Shell?

Before proceeding to have Windows 10 Bash Shell, you should know what it is? It is not a virtual machine, a Linux app like Cy.gwin, or a container; instead, it delivers a full subsystem dedicated to Linux to run Linux software. It is a complete Linux system inside your Windows 10 operating system.

Windows 10 Bash Shell enables users to use the very same Bash Shell you use on Linux, which means you can run Linux commands within Windows 10 without the requirement of installing a virtual machine, as well as a dual-boot Windows and Linux.

Installing Linux within Windows 10 is the same as you install any other app on your Windows 10 operating system. This is a great idea to learn Unix and Linux commands.

Windows 10 Bash Shell has various benefits. This latest update enables you to run compatible command-line tools within your Windows 10. As compared to a virtual machine, Windows 10 Bash Shell requires very few system resources and allows you to have access to both the Windows and Linux tools at a time.

Windows 10 Bash Shell is mainly a useful tool for system administrators and developers who works on open-source projects. Below are some key highlights of its advantages.

How to Install Windows 10 Bash Shell?

Installing Windows 10 Bash Shell on your operating system is an easy process, but it requires a 64-bit processor and Windows 10 Anniversary Update (14393 or latest).

You can check your system requirements by following these steps;

If your system meets the requirements as mentioned above, you are ready to install Windows 10 Bash Shell.

Ignore the error saying Developer Mode Package Failed to Install because Windows 10 Bash Shell will get install on your system.

Enabling the Windows 10 Subsystem for Linux

Enabling Windows 10 Subsystem for Linux is optional. If you want to allow it to, you need to perform these steps;

How to Use Windows 10 Bash Shell

Windows 10 Bash Shell is the same as NIX systems and is also case sensitive, such as the names Win, WIN, and WIN are all different.

Windows 10 is the latest and most popular Microsoft operating system, which comes with incredible features. Now it is a reality to use Linux goodies in your Windows 10 operating system using the Bash Shell Anniversary Update.

Below are frequent questions asked by multiple users;

Q: What are the requirements for installing Windows 10 Bash Shell? 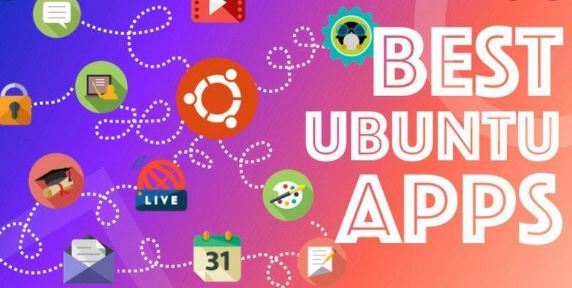 Ubuntu is open-source operating system software that can be run from the desktop to the cloud and to all the things that are connected to the internet. The operating system is considered an excellent distribution for beginners. Initially, it was intended for personal computers only, but now it can also be run on servers.

If you are coming from windows, then below are some best Ubuntu apps that have the ability to replicate your daily needs.

Ubuntu doesn’t offer much flexibility for the customization of your desktop. However, you can do some basic customization to your desktop, such as different fonts for your system and different windows themes installation but not more than that. So it is a great idea to have a tool that offers a ton of customization options for your desktop and access to some more advanced settings. Ubuntu Tweak Tools is the app that can do just that.

Depending on your Linux desktop environment, if you are using GNOME, you can install GNOME Tweaks, which you can find in the software center. It offers advanced tweaks, such as keyboard shortcuts, changing window behavior, and multiple themes options.

If you are using Unity, you can install GNOME Tweaks, which you can find in the software center. The app will enable you to alter your window behavior and settings, as well as more advanced options that you usually can’t access.

If you are using Compiz, which is a window manager rather than a desktop environment, and enables animations and 3D effects, if you are going to Compiz for window management, you will need to install Config Settings, which can be found in the software center.

The majority of Gmail users use a browser to read, write, and send emails because it is straightforward, fast, and has the ability to work across multiple systems. But Ubuntu allows you to use the Geary Email Client app, which is a featured-packed email client and allows you to send and receive emails from significant webmail providers, such as Yahoo, Gmail, Outlook, etc. through its account wizard.

Once the syncing is finished, it will come up with a neat and modern look, as well as incredible integration with the GNOME Shell desktop, which is what Ubuntu uses. The app features robust mail search features, a well-organized mail composer, and various other incredible features.

As the majority of Linux distributions features Mozilla Firefox as their default browser, which is a tough competitor of Google Chrome. Google Chrome has the edge over Mozilla Firefox because of its outstanding features, such as you can have direct access to your Google account, and you can sync browser history, bookmarks, extensions, and more from the browser to smartphones and other operating systems.

Google Chrome browser offers an updated Flash Player for Linux, which not any other browser featured for Linux, including Mozilla Firefox and Opera browser. If you are coming from windows and use Google Chrome continuously, then it is a great idea to use it on the Linux operating system as well.

If you are looking for an alternative to Adobe Photoshop, you should go for the GIMP, which is a powerful open-source image editing software and is available for Linux, macOS, and Windows operating systems. Although some fancier features, which Adobe Photoshop offers, are missing, it is still the best alternative of an expensive Adobe Photoshop software, and you can use it for entirely free.

Whether you want to edit your selfie, enhance your photograph, or want to create a multi-layered masterpiece to share on your social media, The GIMP can do the job done for you.

It is another best Ubuntu app that you should have on your desktop. The app is a fully-featured GTK music player and manager for Linux operating system, as well as a fantastic alternative for Rhythmbox. It integrates smoothly with the GNOME Shell desktop and contains all the features you can expect from a standard music player app, including play music, add music, instantly browse music, create playlists, and much more.

Another fantastic feature of the app is that it has a feature of Party mode, which has the ability to fetch lyrics, album artwork, and even artist biography using online sources. It might look old-fashioned app in an era dominated by other music apps, such as Spotify and Amazon Prime Music, still this app shows, far from looking dated.

If you are at the hunt for some best video editing tools, you can try Kdenlive Video Editor on your Ubuntu desktop. It is one of the best Ubuntu apps that you should have if you need an editor to trim your video before uploading it on the internet or working on a multi-cam video podcast with flawless transitions and cool video effects, then you can experience this app.

Kdenlive Video Editor is the best open-source video editing tool for Ubuntu. This non-linear video editing software offers an incredible balance of both basic and advanced video editing features, such as rotoscoping and outstanding transitions, keying, keyframe editing, and much more.

As the majority of users who come from windows operating systems know that the VLC Media Player is the most popular open-source and cross-platform media player. What distinguishes it from various other media player software is that it can play videos in almost all the video and audio formats available out there without any problem.

It is another best Ubuntu app that you should use on your Ubuntu desktop. Featuring a slick user interface, which is easy to use, offers many features, including audio and video customization, online video streaming, and much more.

The app can also be used for business purposes because it is a complete messaging platform and can be used for managing mass customer service. You can install the app by downloading its package from its website and launch it using the Software Center.

Below are some most asked questions by multiple users;

Q: Can I play games on Ubuntu Linux distributions?

Ans: Yes, recently, they introduced the Steam app, and you can play the most popular games, including DOTA, Counter-Strike, Hitman, Public Offensive, and more on your Ubuntu desktop.

We use cookies to ensure that we give you the best experience on our website. If you continue to use this site we will assume that you are happy with it.Ok