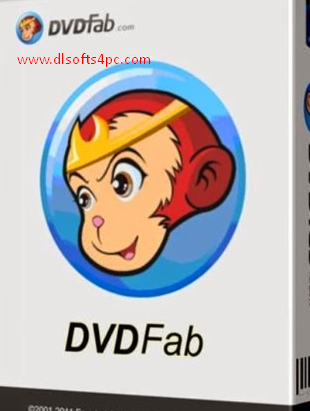 DVDFab is an all-in-one ripping solution, and one of the oldest rippers. DVDFab is a set of software tools dedicated to the work on Video Conversion, DVD and Blu Ray copy, 4k Video Converter, DVD and Blu Ray ripping, protection removal from DVDs and Blu Ray discs, and many more. The company has been in the market for about 14 years and is recognized amongst the most popular, esteemed, and trusted software products in the arena of DVDs and Blu Ray management and has about 80 million users worldwide. And the reason for attracting these users is its principle that is, “We concern what you concern.” The company spared no effort to enhance people’s digital life and is dedicated to it. In this article, we will focus on its products, features, and solutions they provide to its customers.

The company builds multiple software tools that are worth buying. It offers various tools that will take a while to understand them, but it’s worth the time investment. Once you master the software, you will be enabled to create backup copies of movies and virtual discs that can be used later. Below is a list of its amazing products;

If you have ever tried to copy a file or folder from a protected DVD to your desktop, then you know by now that typical method of copy and paste or drag and drop do not work with some types of DVDs, but that doesn’t mean it’s not possible. You can copy and convert files found on protected DVDs, but you are going to need a particular type of software to perform the task. This type of software is referred to as DVD rippers.

As with various types of software tools, there are many DVD rippers out there to opt from. However, some have much better abilities than others. Here, we are going to discuss the best of the best DVDFab Ripper. What’s terrific about this software tool is that it is a free DVD Ripper that also features a premium version for users who need certain unique features.

DVD Ripper of the brand can convert and rip any DVD into two famous video and audio formats. Users can set the audio format video format, video effect, and output audio track and subtitle. The product features about ten output modes and fifty preset profiles. The primary purpose of this DVDFab product is that users can rip DVDs in sequence to transfer the resulting video material to several other devices, such as iPad, iPod, tablets, smartphones, games consoles, and more. The input format fo the product cab be any DVD Disc, including both 2D and 3D disks, and ISO. Its output ripped format can be any video and audio format imaginable, including 3D MP4.H 265, 3D MKV.H 265, MP4, 3D MKV 4K, 3D MP4 4K, 3D WMV, 3D MP4, 3D AVI, 3D M2TS, 3DWMV, MKV Passthrough, MP4 Passthrough, AVI, MP4, MKV, WMV, and many more. The product also provides full control to users of the resulting ripped video or movie. Users have total control of both start and end chapters, audio tracks, subtitles, etc., so they can add or remove components as desired.

The tool has several advantages, and some of them are stated below;

DVDFab Blu-ray Ripper is the first fully equipped Blu-ray ripper software tool that rips 2D and 3D Blu-rays to popular 2D and 3D video formats, including H.265 videos. With the help of DVDFab Cinavia Removal, the resulting Cinavia-free videos play without any issue on the playback devices that features Cinavia detectors, including PlayStatoin3. This product of DVDFab can rip any 2D and 3D Blu Ray to video format that can be played on next-generation consoles, including smartphones, iPad, iPod, iPhone, and Xbox 360. The product can also be ripped into audio files. It currently features nine present conversion modes. Another excellent feature of the product is that it can remove Blu Ray protections and converts Blu Ray 3D to 3D video format, holding on to the 3D effect. The output ripped video files format can be WMV, MKV, MP4, AVI, H.265, and 4K videos. The output video can hold on to in a similar definition as the original at 1080p or converted to 720p as per user’s preferences. With the product editing tools, users will be able to personalize their video effects.

Additionally, the product also features a shutdown function, which will automatically shut down the computer as soon as the conversion process is completed. The product supports the advanced and most latest technologies, including HEVC, K, Passthrough, etc. Ripping Blu Ray discs is an intensive task, and this tool supports both multicore CPUs and GPUs, Intel Quick Sync, and NVIDIA CUDA for instant cutting tasks.

Some of its  features are listed below that make it a must to have tool;

This product is the most famous and most used product of the brand. The product is a fully-featured software tool, which can read and create a backup of any DVD to any kind of blank disc, including DVD-R and RW, DVD+R, and RW, DVD-R, and DL, or copy it to ISO folder or file saved in a user hard drive, as well as copying scratched and damaged discs with excellent quality and speed. The software tool features six copy modes that users can use including;

Another excellent feature that this product has is that the tool allows users to remove the Cinavia protected Cinavia watermarks that appear on protected Blu Ray and DVDs. They can create a Blu Ray or DVD backup and run it on Cinavia enabled devices, including PlayStation.

Some of its benefits are listed below, which makes it a must to have;

DVDFab’s Blu Ray Copy software is another one of the incredibly useful software tools. The tool has the ability to decrypt, copy, clone, and burn any kind of Blu Ray disc. It allows users to burn a Blu Ray disc to any blank Blu Ray or DVD with just one or a few clicks, including DVD+R and RW, DVD-R and RW, DVD-R DL, BD-R 25, BD-R 50, BD-RE 25, and BD-RE 50. Besides, this software tool also supports 3D discs. If a Blu Ray disc has Cinavia protection, this software tool will permanently remove it from it using Cinavia Removal Solution, so that users can enjoy and create the backup discs on the devices equipped with Cinavia detectors, including PlayStation. The product features five modes that allow users to customize their Blu Ray disc. It works on NTSC and Pal Blu Ray and multicore CPUs for quick copy tasks.

Its five copy modes include;

DVDFab DVD to Blu Ray converter is a professional converter that converts any Blu Ray to DVD without any additional help from other utilities, in DVD video format, which can be played with any DVD player. This software tool supports all the latest protections. It features Enlarger AI, which enables users to removes all copy protections and is most probably the only tool that can perform this job. Another fantastic feature of this software tool is that it converts files in sets, and the output generates outstanding with almost no loss of quality. The input format of the software tool can be a Blu-ray disk, ISO folder. The output from the software tool is a conversion to Blu Ray video disk, ISO or folder.

DVDFab DVD to Blu Ray Converter has several advantages that make it a must to have, including;

DVDFab can be purchased separately or as a set of all-in-one tools. Its tools are user friendly and have several unique features that no other brand has. Above mentioned tools are some of its most popular and most used tools that are recommended to have. It also offers plenty of other useful tools, including Passkey for DVD, Passkey for Blu Ray and 4K UHD, Cinavia Protection Removal Tools, DVDFab Video Converter, etc. that are worth buying because of their unique features and user-friendly interface.

Why should you buy it?

DVDFab’s products are available in different categories that include full trial, free, paid, and platinum version, which let users know how they work, and which will work best for them if they want to purchase from its paid categories. Its free and full trial categories provide an opportunity for users to familiarize themselves with their features. DVDFab makes everything looks so simple, and users don’t require any specialized knowledge about output video formats to use one of its software tools. It is recommended for you to try all its tools without paying a single penny for thirty days and then buy only a particular software tool that fulfills your requirements.

DVDFab straightforward and unique features are at the top of the list of best programs that we have evaluated. After you familiarize yourself with its programs, you will be amazed by how useful they are for you.

Ans: Yes, it works with all latest copy protection, and can remove any protection permanently, as well as users can also create a backup of original data.

Q: What is the DVDFab Platinum Version?

Ans: It is the most and flexible and powerful software tool that lets users burn copy any DVD or Blu Ray disc. It also has several additional functions that can be used by users to customize the data as per their preferences.

Q: Where DVDFab is situated?

Ans: The company is situated on the Caribbean Island of Antigua.

We use cookies to ensure that we give you the best experience on our website. If you continue to use this site we will assume that you are happy with it.Ok