VR is a great step forward in technology, and to project the VR, we need some tools or devices that can do that. For this purpose, the Google Cardboard headset is created to watch and get stimulated with the VR environment made of cardboard, which is powered by your phone. 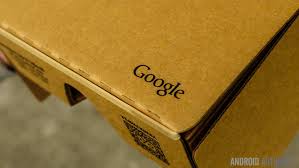 With this, you just have to put in and adjust your phone in the slot made in cardboard and then start the app of your choice, and you are good to go. And to make the best use of it, there are several best cardboard vr apps for cardboard that you can use to watch videos or movies.

It is one of the greatest virtual reality apps for Google Cardboard in which you can watch 360-degree videos as well as you can follow something on a journey and create your own action. You can also view the images in 360 views too. With the use of this app, it can make you do different things such as it can make you jump from the heights, can sink into the pool, or enjoy the snow ski, or you can participate in a car race, almost anything that you want to do. 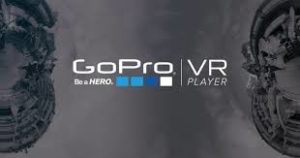 There are a lot of videos that are filmed with GoPro cameras that give you the sensation through virtual reality. If you are properly equipped with a gear or VR setup, you can upload or stream your own videos on the application. Due to its Pixel-precise projection, its interactivity, split screens, gyroscope support, it’s rendering; it is among the best google cardboard apps. Contrary to uploading your own videos or content on to it, you can share them with your friends and family, and all the other people of the world can access them too through the internet from a smartphone or any VR headset.

Its system requirements are Android 4.4 or higher than that in order to be able to use this VR app along with a wifi-enabled camera. This app also lets the user to start and stop the recording of the video, captures shots, view and download his favorite shots, share images through social media. It is a great app, and we will recommend it for such a person who is searching for a good collection of Google Cardboard VR videos.

This app is a great presentation and experience for a solar system. That is, you can say scaled-down with representation (1:1,000,000) of the neighboring space. This app is supported by all the VR headsets such as Oculus Rift, HTC Vive, Samsung Gear VR, and Google Cardboard with its 3D models, planets, and moon. The app is full of thrill like comparing sizes of the planets and moons, with a background soundtrack in-depth, and choice of menu in multiple languages, there are also on-screen informational texts. 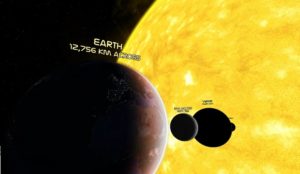 The most dominating feature of this app is 50 minutes of story narration in which you can hear the details and history of the earth, space, and planets. The app lets you do a natural space tour where you can adjust the speed and feel everything around you as if you are present there and part of it. The good thing about this is though you are traveling through space or any place, you can also see the options and suggestions and guides for various things that you can do when you are floating or traveling at that time. This is a great app that is updated from time to time to keep adding new features and options for a better experience of the users.

The Star Wars as you have been one of the best series and people are die-hard fans of this tv series. So this VR app is created for the fans of starwars franchise in which the fans are given the opportunity to experience the star wars world. The coolest thing about this app is that it brings you news, rich media, and social updates, events, and interactive features related to star war series. 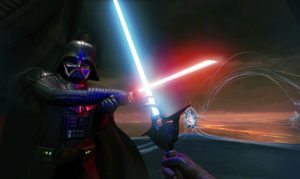 You do also get the notifications for new episodes or releases, and you can get to download the content related to it, such as the theme or music, and you can turn your world Into both dark or the bright light along with animations and effects. It is an amazing experience for unlocking the 3d characters of the app. In short, it is the best cardboard vr app for the star war enthusiast who can resist waiting to watch and experience themselves in the series as if they were in real there.

This is the best VR app if you are a football fan, and you want to experience the magic of football when you are actually sitting at your home. It is among one of the most used vr apps by sportsmen who love and support football, and they can play as a first-person, to compete against the best teams of the world. You can shoot penalties, and also score goals like reality. The graphics are so well enhanced that you get the real feel of football, making good use of VR tools so users may enjoy the special effects from the app. The game is simple, which you can play just by moving your head.

If you are playing as a goalkeeper, only your hands can be seen as the pointer, and they move around as you move your head. And when the opponent shoots and you have to stop the ball or catch it, you have to use your whole body for that. Doing so will also let you do physical exercise whenever you are playing the game, which makes the app stand out among most of the VR games.

In regular routine, in order to get relaxed or refreshed, you have to do yoga or some meditation exercise to relax. There is now a VR app called Relax VR that is among the best Google Cardboard applications for meditation. This app lets you feel alone somewhere far away from all the noise and disturbance of the world, and you feel like you are someplace safe and distant from everything else that soothes your inner soul and relaxes your mind. This lets you meditate and relax your brain so well.

You also get a 360 view with a high resolution and good quality audio when you are taking your meditation to add good soothing background music to relax.

If you want your experience to get much better like watching a cinema or good movie content and feel lively into it, you can get this ARTE 360 VR app to give you the best experience from where you can watch videos and movies with a 360 view and high-quality collection that can be saved too. This app makes you feel just like if you were there in the movie or part of the cinema. 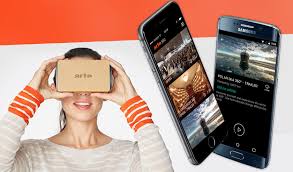 The content of this VR app is updated on a regular basis, and it lets you get better with your experience on the VR movie stimulations. It is a great Google Cardboard application you can say, that is related to watching movies or TV series.

The Google Arts and Culture applications are one of the apps in itself. If you love exploring museums, then you can miss the opportunity to download such an amazing app. With this app, hundreds of museums and art galleries from over more than 70 countries of the world allowed Google to exhibit them online for the people to watch. This app is a class of its own as it lets you into the most historical museums of the world to experience them like, in reality, imagine how cool that is. 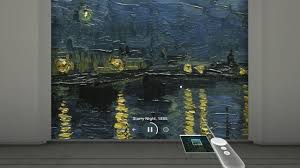 The app is so advanced that it lets you zoom in on any historical exhibit or item, and you can also check for the dates and details about that thing, and you are allowed to zoom in too for a better and closer look. There is also an option of personal collection where you can add your favorite pieces of art that you can share with your family or your friends later on. There is another feature On This Day feature that lets you explore the history along with the relevant date and day. In short, it is a spectacular app to visit museums in all of the other countries that you may not be able to go to in real life. 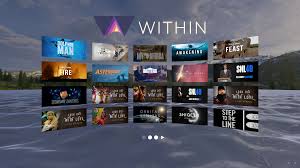 You can download this VR app, and you can experience the storytelling and documentary experience as if you are part of it right there.

It is another VR app for the cardboard with options to animate the audience as if you are speaking to them, where you can add natural movements and background noises so that you can make your mind or train yourself before making a speech or an interview or anything like that.

The app lets you experience the 360 views, such as if you are in a hall or a conference room or any place like a wedding function, and you can add your animations and sound effects that you want to from the virtual audience that is being projected. 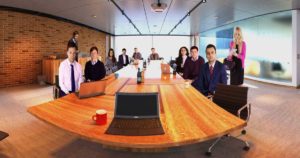 The app takes 123mb of your disc space, but you also get the features to add your slides and load them into the scene from where you can decide what to add in speech and whatnot, and you can turn on the audience effect that will give you a more realistic experience and your confidence will be boosted.

As you might already know about the historic moon landing of Apollo 15, this app brings you the historic landing experience from 1971 as a simulation for your phone. When using the simulation, you can experience and feel the rumble of the spacecraft like you are actually part of it, and its descent to the surface, and you can also get to walk on the moon like an astronaut. 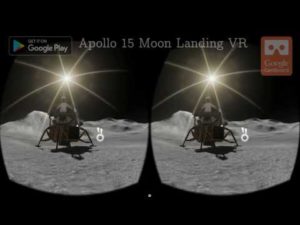 You get a lot of exclusive additions with real data from NASA and footages; you can also get to the see the earth from this app. It is one of the best scientific VR apps for the Google Cardboard headset that requires a good smartphone to run this app. If you are using headphones with the app, you will get goosebumps to experience with this app.

In this discussion, we discussed the best cardboard vr apps, that a person could experience. All of these applications have their own unique features that may impress the users who are experiencing the VR for the first time. We hope you get what you are looking for; we discussed the specific features and all the functionalities that these apps provide to the users for entertainment purposes. All of the data mentioned here is relevant and authentic; we hope this info is useful to you, and if there are any questions, you can leave a comment below.

How much does cardboard cost?

The cardboards are typically sold for $100 per ton in real life. Waste Management generally keeps 25 % of the sales of cardboard and then gives its customer back with 75 percent. So, in general, it costs the company $20 to process cardboard and giving it at a roughly amount, $5 profit per ton.