The Augmented reality is an experience of the real-world environment interactions where the objects that are existing in the real world are actually enhanced and edited by multiple sensory modalities, auditory, visual, haptic, somatosensory of the computer-generated perceptual info.

The AR apps use the current location to project a virtual object on your display, or on a special augmented reality glass. It provides an enormous potential starting from chasing the digital creatures or enhancing a view to designing a complex machine or engineering a structure. The AR has a rapid growth in the past few years, and it provides new possibilities to the users each day. Each product of the AR provides a unique feature to the users and lets them upgrade their life in their own way.

The basic premises of AR technology is to overlay the digital contents on the top of real images or things using a camera or a map or as a sky. AR becomes an interesting concept in the development because it has new and unique features for each of the app having a specific purpose to be used. It lets you use the camera efficiently, and all you need to do it capture the moment, and you don’t require any specific set of tools or a computer set up to make it work. The Augmented reality has now arrived on the smartphones, as today’s mobile phones have featured more powerful than the cameras.

For example, phones like Samsung Galaxy, S20 Ultra features a time-of-flight sensor, which is a unique feature, and that is designed to improve the bokeh effect on the portrait shots. The same is the case with other powerful new smartphones, each of them featuring a new tool and AR that amazes the user. In this discussion, we are going to discuss all the AR apps, and also we will talk about the paid as well as free AR apps available in the market today.

There are apps of AR that require payment first in order to be used by a user. This is a common strategy to make money from the apps, and the app developers are sticking to it for a long time. They provide access to the applications for only a one-time purchase. And after that payment, the users receive full access to all of the content and features of that app while also supported the app update. Usually, some of the apps do require additional charges for the new content or for the updates and new features. Some of the common paid AR apps are.

Vortex Planetarium is a beautiful app about all the details on the sky and above that. You can find all the data related to the night sky or thousands of stars, constellations, or the messier objects, Caldwell objects, and a lot of other such stuff. You can view all of that on your smartphone just with a simple click. This app costs about $2.99 in the store market.

It contains highly configurable content in which you can set the transparency of the constellation art or click on the number of stars that you wish to see in the night sky.

Dr. Seuss’s ABC is an educational app designed for kids. It is an excellent app as it encourages literacy, and it includes a variety of topics from the famous Dr. Seuss books. This app is more like a game to get the children’s interest. However, this app is different from most of the other learning apps because of its unique AR features. With this app, your kids can enter a sandbox mode and place their characters from the stories around the lounge or living room, and they can also take pictures with them. This app costs about $3.99 on the online app store. 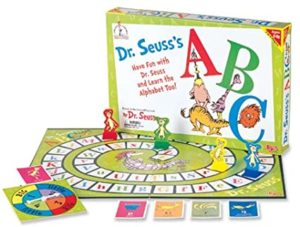 The plane finder and flight tracker is a travel app at the Google Play store that is one of the best top-rated apps. This app gives you the access to see all the air traffic around the world currently in the real-time mode. This app has highly customized features that can satisfy your needs. It has the AR view in which you can easily identify the planes with your mobile phone camera. The app also notifies you when a plane appears above you in the sky. This app can be purchased for $6.49 from the online stores. This app basically works by picking up real-time ADS‐B signals using an internet connection. And you may not believe it, but this technology is faster than traditional radar. It is easy to configure as you can create, save, or name as many filters as you want to for your comfortable use. 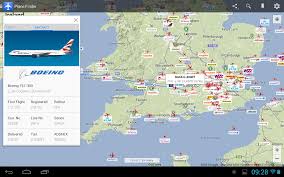 Mind Map AR is the first mind mapping app that is a 3D Augmented Reality based app. This app was initially created and designed to help the users to develop and grow their concepts and ideas in order to produce more powerful results for their work or studies. The Mind Map AR adds a whole new dimension in learning and creativity with its AR capabilities because the users access the brain’s inherent knack for working inside a 3D world. Mind Map AR runs smoothly on any Android smartphone. It has some main features as 3D AR mind mapping, cast to a big screen, the cloud attachments and also hyperlinks support, image nodes, it also allows custom coloring and placement, tag filtering, and a wide range of mind mapping capabilities. 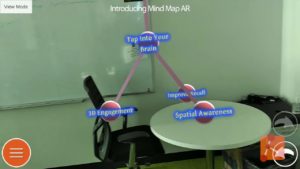 The Mind Map AR is a free app having some of the optional features that come with premium pack upgrades. It costs you when you buy the premium features or the pack upgrades, whereas there are still no limitations on saving or sharing of the mind maps that are made with the free version.

It is a useful app that provides support to the user with a GPS, traffic monitoring, videos and images capturing mode, and a lot more. The main feature of this application is using the device’s native camera, for the GPS and the sensors to detect the vehicles in front of you and alert the drivers when they are in danger. 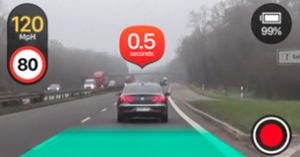 DoodleLens is an AR app that lets you draw a doodle a thing on a piece of paper and capture a photo of it with this app. Then the app will turn the photo into an AR sticker, and you can create it into whatever photo you want. There is also a frame by frame animator, and other features like light editing, and various effects. It saves the drawings so you can recreate the AR stickers on a later date if you want to. This app costs $1.99, and then it is all free to be used. 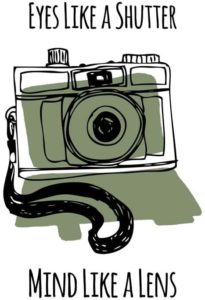 As we previously talked about the Paid AR apps, now we are going to discuss the free AR apps available. There are a few most commonly used free AR apps that you might be familiar with. Let’s read all about them one by one.

Facebook is one of the most widely used social apps that is loaded with AR when it comes to the talk of features. For example, if we talk about Facebook Stories, you can use several AR filters to edit your photos. It’s AR very similar to the Snapchat, like some of their augmented reality effects also include the Camera Effects and their development platform. We are hoping that Facebook is going to do some new exciting fun stuff with the AR in the near future besides that the Facebook Stories are fun, even though they are much like the Snapchat Stories. 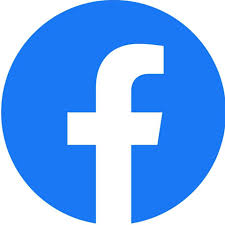 Snapchat is an AR-based social app that has great features to interest in for its users. It has a self-destructing message system that is mainly a reason most people are using this app for privacy concerns. But this social app also includes the augmented reality elements with its camera in the form of a different variety of real-time transformations through its filters and special effects, which are called Lenses. You can add the lenses to the Snapchat video messages such as pictures or videos which you send to your contacts for creating a streak or snap story. 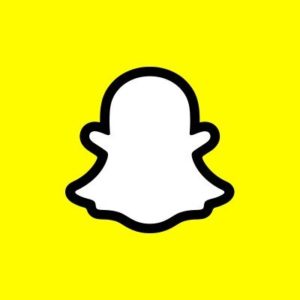 The AR lenses can transform you into an animal, or it may swap your face with the effects to another person’s face, or you can make it hail or snow in the camera making for a funny streaks and silly additions to your Snapchat messages.

The Facebook owns Instagram, and it has recently ported all of the AR-based filters and tools for the stories like Snapchat to the Instagram as well. These AR features work for both the cameras, including the front and back camera, from your phone and with all of your Instagram’s photos and videos in the capture mode. The users who are familiar with these effects and filters can turn themselves into a koala or a rabbit, or they also can choose the deer filter, and they can wear a 3d crown or choose to have math equations float around them, etc.

Google Translate is, without any doubt, the best translator app available today because it contains libraries of a ton of languages that include a lot of dialects as well. You can translate your sentences in any sequence such as back and forth or between virtually any of them. If you are already connected to the internet, then you can even have it to translate a text or language in real-time so you can have easy conversations with the people. This augmented reality part of the app lets you point your camera on the text written in another language, and then the app translates it into real-time. With the use of this app, you can do things like reading the street signs or menus at a restaurant. It works just like a barcode scanner. 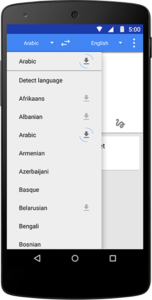 If we are talking about a list of best free AR apps, then we must also talk about the Pokemon Go game, which captured everyone’s attention when it was initially launched with its augmented reality to a whole new level. This app gave a reason for the people to go out and walk around and catch different Pokémon. The game uses your GPS to mark your location on the map and moves your avatar in the game according to it, while your camera is on that shows the Pokémon in the real world. It is a great app that doesn’t need a lot of instructions first to be understood. Anyone can understand it very easily and use it because it doesn’t have any crash or freezing issues too. It runs smooth and has great features for a free AR App. 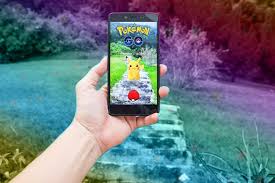 In this discussion, we discussed the Augmented Reality apps, and we discussed two categories of paid and free apps. We discussed all the features of the most commonly used apps having the AR tool inside them. I hope this was helpful.

How much does an AR app can cost?