From the past few years, Google has started launching a succession of lightweight, basic apps under the label as Go added with their name. They are the lightweight apps, and the idea behind this concept is that they are intended for the countries where the internet connection and heavy data caps make use of all the cool apps from your phone as a chore.

This issue isn’t only in international countries, but it is going in the US too. This means that the lightweight Android Go apps can be useful in such situations. The solution is proposed with an affordable hardware that is powered by the Android Go, with which the Google also offers a wide array of its Go apps. The Go apps are designed to offer only the main features of their original variants while being better suited for low-end soft running hardware.

Most of these apps come in by default on the Android Go phones, but you can also download them on your or any other phone without worrying about anything at all. It is to bring it to your knowledge that not all of these apps are going to be available for you through the Google Play Store because some of them are region-locked under some cases. But you don’t have to worry. In that case, you can download those apps from side sources such as by visiting the APKMirror from your mobile or a web browser and searching for the relevant app.

All of these apps all tied into the Android Go operating system, which means that they can run on Android OS intended for the entry-level smartphones having less-than-reliable connections.

Talking about the lightweight apps or the low usage apps that can run on lightweight hardware, there are series of apps developed in all sorts of categories such as lite versions for the social apps as well as also for browsing apps or any other relevant example. First, we talk about some of the light go apps available for the Android go.

We all know that the Facebook app is one of the heaviest running apps on your phone because it shares your ram and puts a load on your memory, and most part of the ram gets busy with the Facebook app. So you go for an alternate solution such as you uninstall the app or open Facebook from the browser. But not you can get rid of this issue because there is a lightweight app launched by Facebook called Facebook Lite, which is merely 1.39 MB in size, and it does cover nearly every feature of the existing Facebook app. 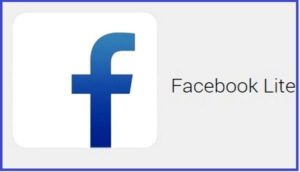 This app is really fast, snappy, saves large chunks of data, and even lets you use your Facebook messages right from the app itself.

We know that all of the twitter users want an Android app, which is good at running all the time without using much of your data and battery. But in return, the user gets an app that takes timeouts from time to time. The Twitter Lite is a solution to this problem, which is a faster and data-friendly app, and it gives you the same experience as real on a lite version, covering less than 3 MB’s. This app works smoothly on all the devices, regardless of using the data band as 2G or 3G. The Android Go app also gives you a data saver mode, which will let you handle and use to download images and videos selectively. 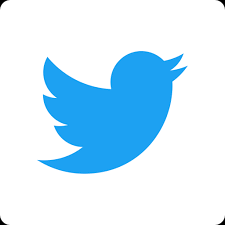 If you are dealing with heavy memory consumption, then this lite Android app is a necessary app for your Android device if you want to make your device feel free. Clean Master Lite is an all in one app which removes all the junk in your device, frees some memory, saves your battery, and finds the viruses. In short, it does everything on a lite version as an Android app which reserves less than 7MBs of storage.

Using a messenger for Facebook, you know that it takes up large chunks of memory, and it does also affect your battery timing very much. The Messenger Lite is an alternative solution to the standard Messenger app for Android that was quite heavy for some phones. It is an extremely fast app that takes up very little RAM and background data. This app also supports the audio and video calls, which is not present in the Facebook Lite built-in messenger. It doesn’t support any features like games or GIF support, but it is worth sacrificing than a lot of battery consumption. 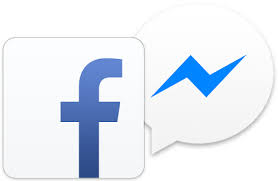 UC Browser Mini is the alternate for UC Browser that is a huge weight on the ram. This lightweight browser app packs all the attributes of its original version Android app on a small memory of 3.7 MB package. The app features great browsing speed, a night mode, data saving, and even an ad blocker support. The browser works great on the devices with less storage and RAM. We can say this Android Go app is an excellent alternative for the users who use the Google Chrome browser that takes a lot of memory.

YouTube is a video streaming and video playing app that contains loads of videos uploaded by users every day. Due to massive traffic on the app, this app does take a lot of storage and memory from the ram, and it eats out your data very quickly too. For a start, there is an alternate lite version for YouTube as YouTube Go. The interface is much less cluttered, having no Stories, or any links to the YouTube Movies.

You can only see the recommended videos, subscriptions, and use the search bar function, and that is it. But the key ability of this app is to download videos rather than playing them. You get the choice every time you click on a video to play it or download it. With that, you get a selection of three video quality settings that you can choose from (data saver, standard, and high). The app also shows you how much storage space each of the options will take up, and how much you have got left on your device.

Now the apps are divided into two categories, which are Regular apps, and the other is Android Go apps. The first version is the regular apps that you can download and install from the Google Play Store. The second version is Android Go. Google introduced Android Go apps at its I/O Conference in 2017 officially in which it released a lite version for most of the apps. Since then, Google has been launching the Go versions of android apps which are much lighter in comparison to the regular applications.

Google Android Go was revealed on the same version of the Android Oreo, but it shared a smaller RAM size that supports 512 MB up to 1 GB. Contrary to this, the Go apps also occupy only half of the space of the Android Nougat, allowing the users to install more apps on the phone. The benefit of these go apps in contrast to the regular apps is that they consume fewer data and less phone memory space, and they run flawlessly on almost any device. Google also states that there isn’t much difference between the Android Go and the regular apps. Let’s just talk about the efficiency of these apps and see the comparison.

When you compare the difference between the Google Go app, you will find it almost the same. But It is not because the Go version offers all useful features of the regular app with a simple and clear design. It also contains key features such as voice search, GIFS, and google translate. The amazing thing about this is that you get all these features installed within the memory space of 12 MB. On the other hand, the regular Google app may take up to 166 MB of storage. But you will miss some features like Google Feed. The Google Go uses 61 MB of RAM as compared to the regular version’s 250 MB.

The difference here can be easily checked by the people with low-end devices; they will find it convenient to check and respond to emails because of the streamlined functions of Gmail Go at a lighter variant. You can easily access your email from anywhere in the world with just a simple click of the button. The Gmail Go takes 24.8 MB of memory, and it consumes a RAM space of about 77 MB as compared to 260 MB of the regular app.

After Facebook, YouTube has the highest number of users and viewers throughout the year. It also serves as a great source of entertainment for users. Google also has introduced the lighter version of YouTube as YouTube Go with some of the differences.

YouTube Go allows you to save more amount of data and storage of your phone. But it does not contain as many features as the regular app, such as you cannot subscribe to the channels. The Go version of the YouTube occupies 29 MB of space in contrast to the regular YouTube that occupies 122 MB of space. RAM is only 74 MB as compared to 103 MB.

The Google Maps Go can be downloaded from the APK, and it comes with only 0.09 MB size. In contrast to this, the regular Google Maps consume 48 MB of storage. Although, it is not a massive size in comparison to the Maps Go. Also, Go Maps takes only 221 KB as compared to 135 MB of the regular app.

Google Assistant Go a newly introduced app that is empowered by the Google Assistant’s Artificial Intelligence light version. The Go variant misses some of the features, but it can still produce a good performance. Although the file size of the regular version around 800 KB, which is quite small, it depends on the Google search mechanism of any device. But other than this, the Google Assistant Go takes up to 17.47 MB upon the installation. It is not the actual version of Google, so you have to open the app whenever you want to take the help of the assistant.

In this discussion, we discussed the regular Android apps and some of the Go apps that come as lightweight to reduce data storage and data consumption. Google understood the importance of building a light down OS version of the Androids to cater to the growing market of Android users having access to the store with low-budget smartphones. All the info in the article is taken from an authentic source, and it is relevant to what is the truth. You can do research on your own too.

We hope that you find this info very useful, and it brings any help to you and that you may feel easy to ask us any questions. If you have any questions or a problem then you can leave a comment or mail us at our given mail in the section, we will respond when we will see your request.

What are the Go apps?

Android Go apps are the lightweight versions of the apps and are created specifically to run smoother on lower-end hardware phones. They come bundled in by default on the phones running on Android Go and can even be installed on other Android phones.

Which android version is best for a 1gb ram phone?

Android Oreo runs smoothly on phones with 1GB of RAM, It will take less storage space on your phone, and it gives you more space for a ram, resulting in better and faster performance.